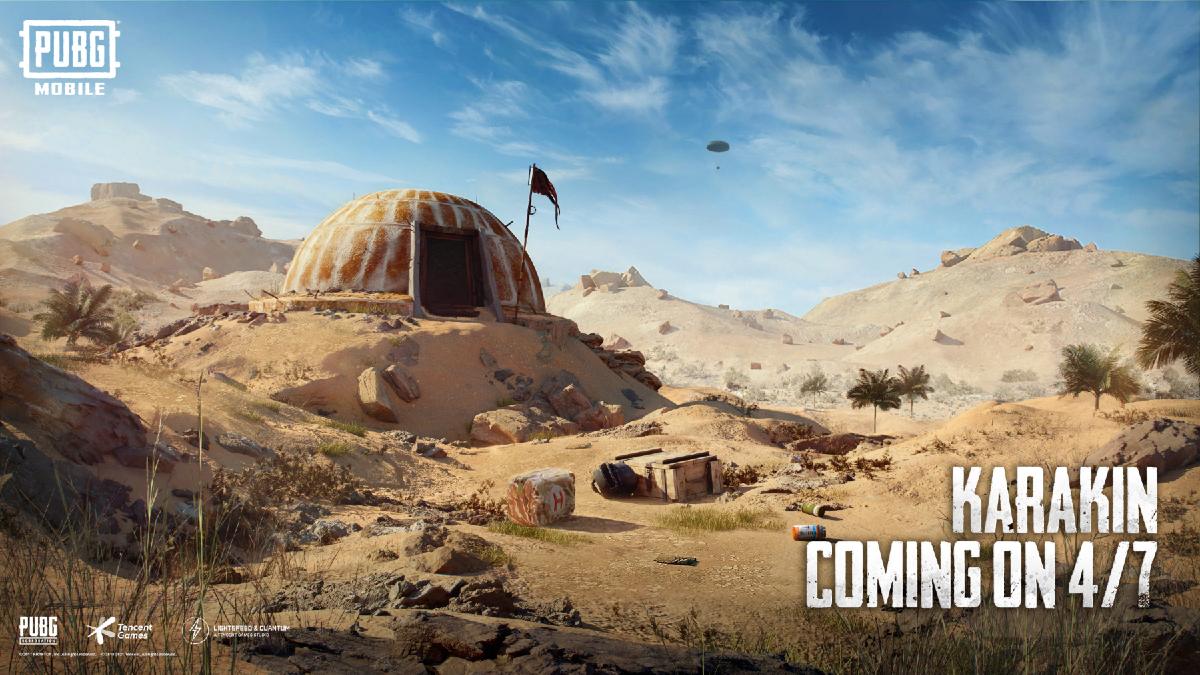 PubG Mobile Update: In the global stable version of PUBG Mobile, a new Karkin map is coming tomorrow or April 7, which the developer announced a few days ago. Karkin’s map will be the sixth map of the PUBG mobile game. With the arrival of the new map, the existing snow map salesman will be temporarily removed. Now that the release date is approaching, the developer has revisited the map. A picture has been shared on PUBG Mobile’s Twitter account, showing the theme of the map. Let us know that the map of Carkin was introduced in the PC version in February last year. The matches in this map are quite exciting.

PUBG Mobile posted one on Twitter Post Shared with photo of Krakin map. The design of the Karkin map can be seen in this photo. Karkin is a 2×2 sized map and is composed of dry and vegetated plateaus. It has less space to hide. Players will have to hide in large rocks and some ruined houses and bunkers. This map will have a long battle like Miramar. The biggest feature of the map is the area now. This is the zone in which a siren starts attacking the sky after a sudden bell rings. This map is different from the other red zones, as these bombs detonate the building. In that case, even if the player is hiding inside the building, his death is certain.

The map will also feature sticky bombs, which will help expose players hidden behind a wall. These bombs are effective in breaking down walls. In addition, bullets in Karkin’s map can reach through thin walls, which is dangerous for campers. A total of 64 players will land on this map at the same time. Due to the small size and demotion zone, this map will make the match very exciting. In this, players will have to constantly change their strategies. Match time will also be shorter, so it will be good for players who want to spend time in the game without spending too much time.
The developers also said that with the release of Karkin, the weekend map will be temporarily removed. Karkin’s map is set to be released tomorrow, April 7, but unfortunately Indian fans will not be able to play it officially and legally, as PUBG mobiles have been banned in India since September 2020.