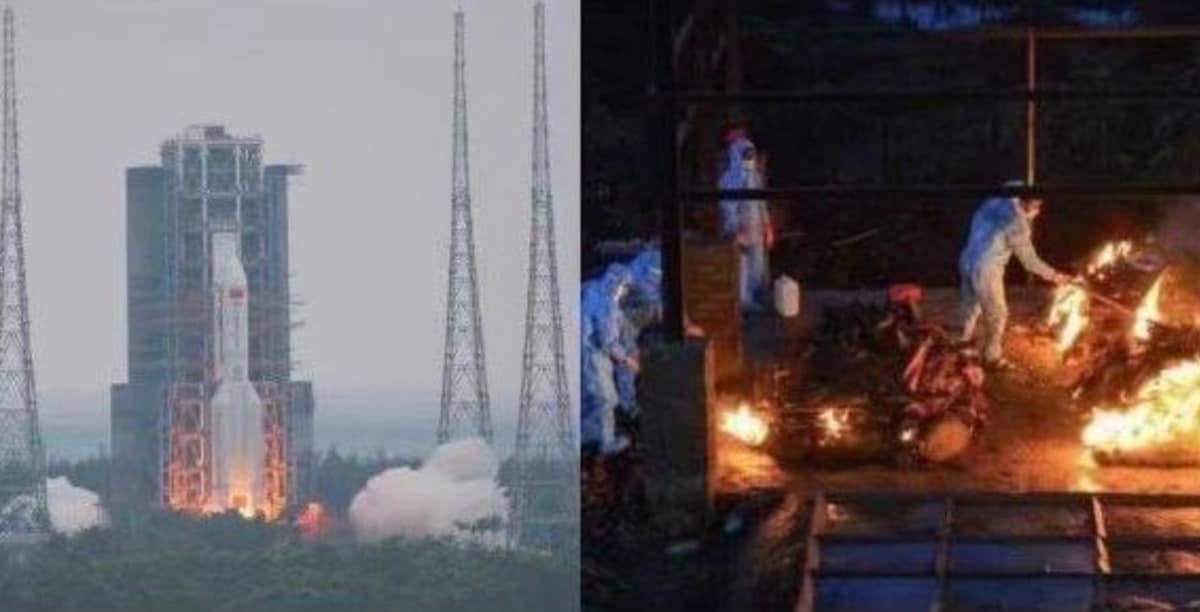 Amid the uproar and tragedy caused by the Coronavirus epidemic in India, China’s Communist Party has ridiculed India through one of its social media accounts. Sadly, the joke is about the deaths caused by Kovid-19 infection in India. The Chinese Communist Party has compared India’s burning to China’s preparations for space stations. However, the party removed the post following worldwide backlash. Let us know that China is considered to be the originator of coronavirus.

A controversial post on the Chinese microblogging website Weibo came from the Communist Party’s central political and legal affairs account, which drew much criticism. The post shared a picture showing the launch of a Chinese rocket on one side and the burning of corpses in India on the other. The picture was written in Chinese “When China Burns Fire vs. India’s Burns Fire”.

The post went viral and received criticism from many Chinese users. However, the question here is about humanity. Many Chinese Weibo users called the post “inappropriate” and said China should show sympathy for India.

China’s Communist Party removed him from the post after criticism from his countrymen. At the same time, Hu Xijin, editor of the official Chinese newspaper Global Times, issued a statement on humanity, but the next moment he received another warning on Twitter. Hu Sijin tweeted, “Many Chinese people are worried about emergency supplies, such as the oxygen conductors and ventilators supplied by China to India, that they can be used to treat India’s poor patients.” The rich will be needed instead of saving. Able to meet.