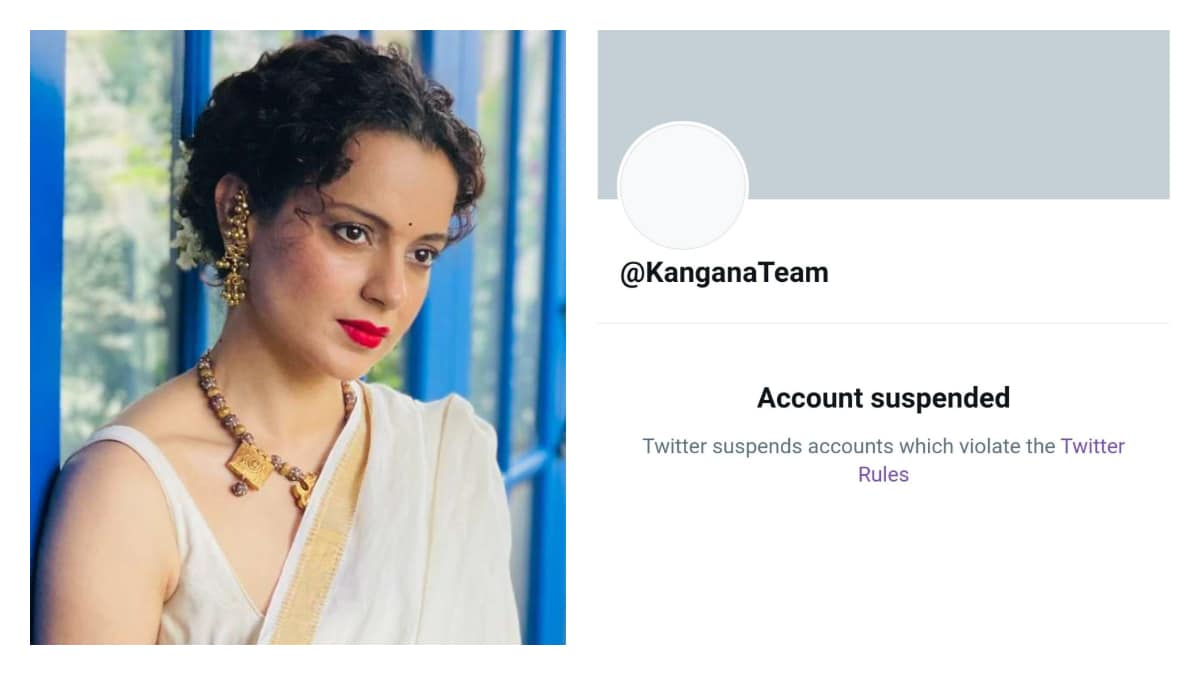 Bollywood actress Kangana Ranaut’s Twitter account has been suspended on Tuesday, May 4. In fact, Kangana Ranaut is often in the headlines for her drugs. Ever since the Bengal election results, she has been tweeting about Mamata Banerjee and the Bengal violence. Not only that, he has also shared a video in which he has made several comments related to the part of Bengal. It is believed that Kangana’s Twitter account has been suspended due to these tweets and videos.

Kangana Ranaut has been tweeting about Mamata Banerjee and Bengal violence through her Twitter account for the past few days, in which she also used several insults.

Kangana Ranaut wrote in her last tweet, “This is horrible … we need a super hooligan to kill a hooligan … he is like a sudden monster, to control his Modi ji, please from early 2000” Show your greatness. #PresidentRuelBengal “Not only that, he posted videos on Twitter in which he violated the rules of inciting communal sentiments on Twitter. And demanded that Kangana’s account be closed.

Significantly, some time ago, Kangana also criticized Zorro on Twitter. Kangana alleged that Twitter was deleting her tweets. After which he talked about quitting Twitter and adopting the coupe app.

Let me tell you that this is not the first time that Kangana Ranaut’s account has been suspended. Earlier, Kangana Ranaut had written a lot on Twitter against the Amazon Prime video series ‘Tadav’. After which his account was closed.