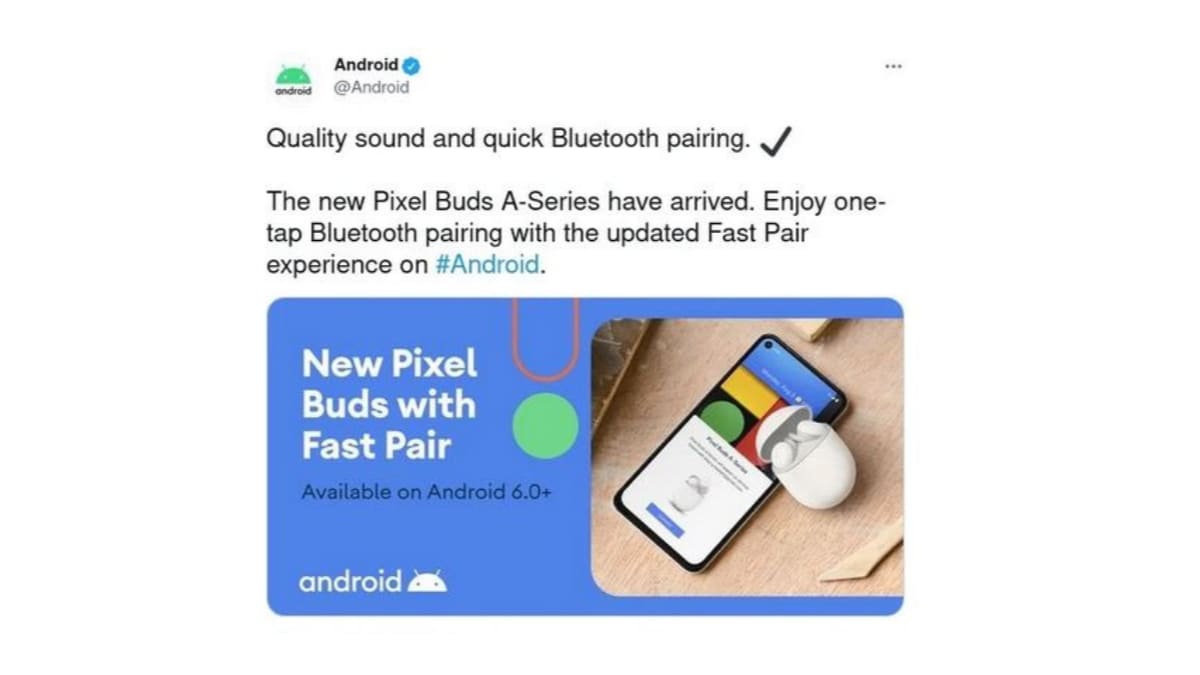 Google has been rumored to be launching affordable earbuds soon. Some reports also suggest that earbuds will be named Pixel Buds A. At the same time, the company has now made these earbuds public. Yes, according to the latest report, the new Pixel Bud A was accidentally posted on the official Android Twitter account, which described some of these features. Also in the tweeted picture can be seen Pixel earbuds with Pixel phone.

XDA-Developer Report According to Google’s new earbuds, the Pixel Bud A was mistakenly posted on the official Android Twitter account. In this post, Pixel Bud can be seen with Pixel Phone. The tweet confirmed that the company’s upcoming earbuds have been named Pixel Buds A and will be equipped with features like fast pairing. However, as soon as the company realized its mistake, they immediately deleted the tweet. However, screenshots of the tweet that were 10 minutes live were taken by some publications.

If you talk about the design of earbuds in the leaked picture, it’s just like the Google Pixel Buds. The difference is that the inside is white instead of black. But the buds and the shape of the case are exactly the same as the Google Pix buds.

It is expected that the device will be launched later this month during Google I / O. The report also states that these earbuds can knock in many color options.