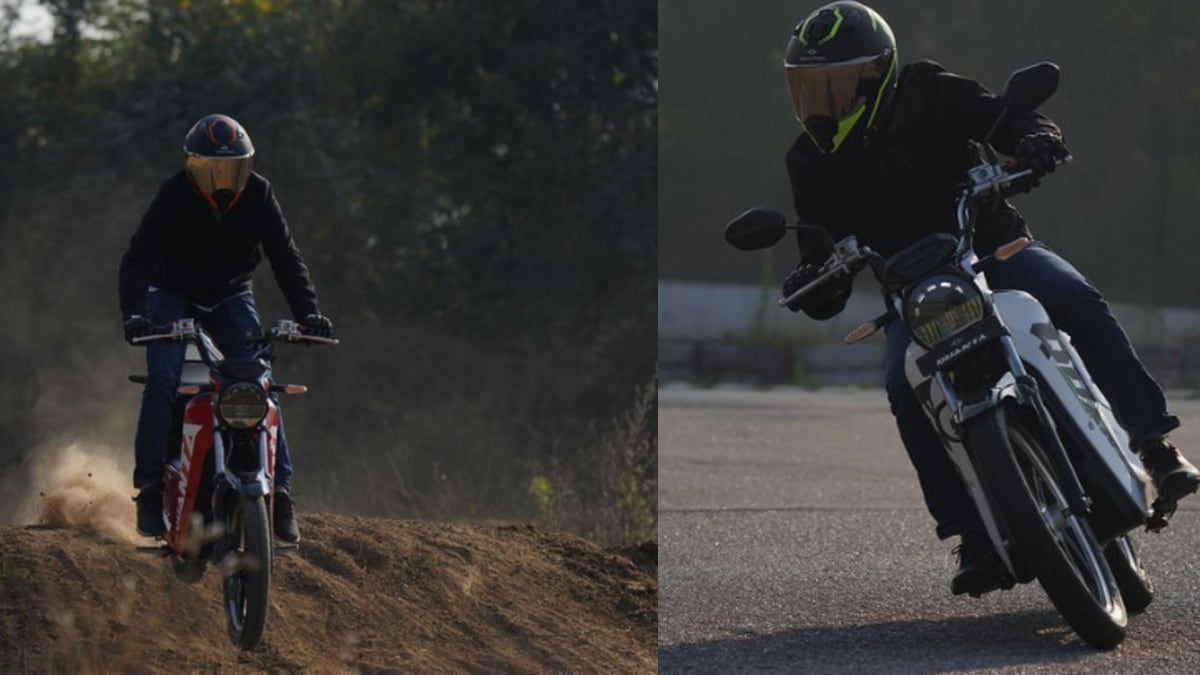 There are currently some well-known brands as well as startups in India that are focusing on electric two-wheelers in the country. While popular brands of electric scooters or electric bikes are still available at higher prices, some startups are offering people better options at lower prices. One such is Hyderabad-based startup Graviton, which has launched its first electric bicycle, the Quanta. Its design is similar to that of a moped, but it is also more sophisticated in appearance. Its biggest feature is its range. This electric bike can run up to 150 kilometers in a single charge.

Hyderabad-based startup Graveton has launched its first electric bike Quanta in India and the company Announcement Through her social media channels. The new electric bike is priced at Rs 99,000 and can be booked through the company’s official website. However, this is only the launch price. The company says that the price will be increased from Rs 1.1 lakh to Rs 1.2 lakh later. In addition, beginner customers who book a Quanta Electric Bicycle will receive a free Graviton charging station as part of the advertising offer.

Gravton claims that local parts have been used to make the Quanta electric bike. This means that the bike is completely made in India. Initially, Quanta will be available only in Hyderabad, but the company may launch it in several other cities in the country in the near future.

Talking about the features of Gravton Quanta, it includes a 3KW BLDC motor, which helps the bike to reach speeds of up to 70 kmph. This motor is capable of producing a maximum torque of 170Nm. This battery can be replaced by removing it. Battery capacity is 3 kWh and Li-ion type. The company claims that the battery can give the electric bike a ride of up to 150 km on a single charge. An even better feature is that the user can keep a backup battery in the bike, which will eliminate the user’s biggest fear about the electric vehicle, i.e. the fear of running out of battery along the way. This means that if you have both full batteries, you can ride this bike for about 320 kilometers without charging. It achieves SES (Swap Ecosystem) which helps Gravton to know about the nearest battery station, where more batteries can be ordered and batteries are easily delivered to any place.

Of Graveton Website But according to the information given, the bike’s battery can be fully charged in 90 minutes through the fast charging feature. With a regular power socket, the battery will take up to 3 hours to fully charge. The company also claims that a Quanta electric bike can run 800 km at a cost of Rs 80, or you can call it Rs 10 per 100 km.

Quanta can be connected through the company’s smart app, which will give riders access to features such as roadside assistants, mapping service stations, remote lock / unlock and on and off lights. It can also be used to track a bike.

One thought on “Made in India Electric Bike, this new 800 km will run at Rs 80, find out the price and features”