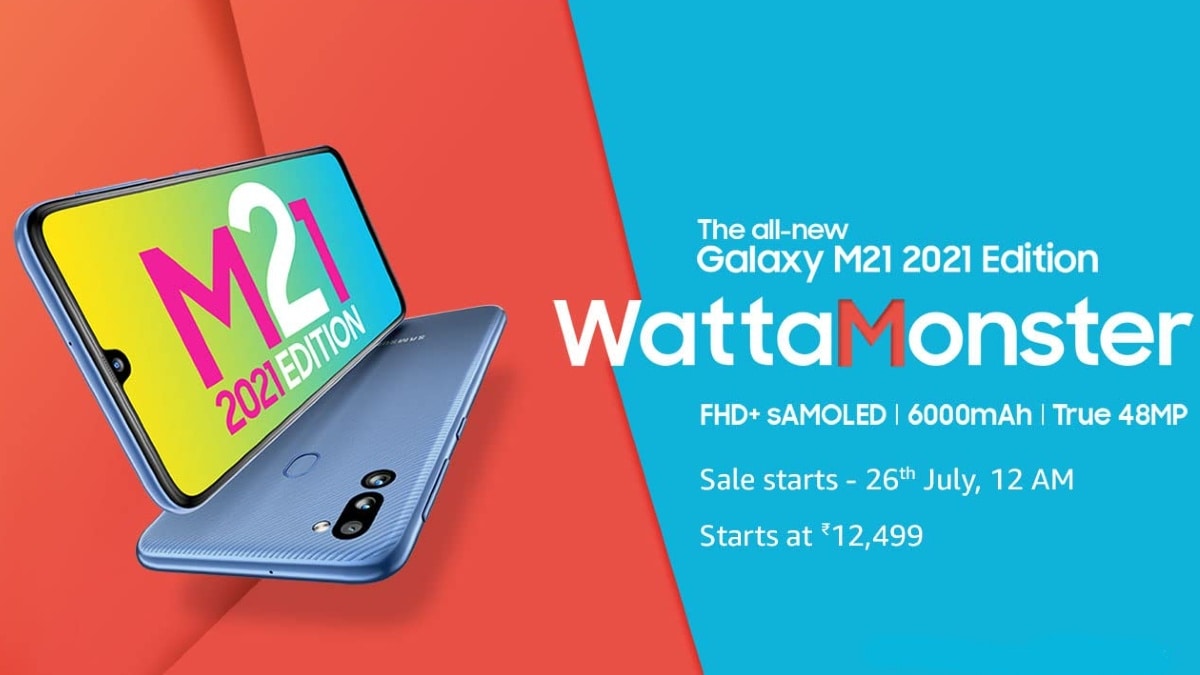 Samsung Galaxy M221 Edition The smartphone is priced at Rs 12,499, with a 4GB RAM + 64GB storage variant available. The 6 GB RAM + 128 GB storage variant of the phone is priced at Rs 14,499. The phone is offered in Arctic Blue and Charcoal Black color options. Buy It will be available on Amazon from 12 noon on July 26 as part of the Prime Day Sale. Its sale will also be made available through Samsung.com and other offline offline retailers.

Speaking of the launch offer of the Samsung Galaxy M22021 Edition, HDFC Bank will offer instant discounts of up to 10 percent on debit and credit cards.

The inbuilt storage of the Samsung Galaxy M212121 Edition is 128GB, which can be expanded up to 512GB via a microSD card. Connectivity features include 4G VoLTE, Wi-Fi, Bluetooth, GPS / A-GPS, USB Type-C and a 3.5mm headphone jack. The fingerprint sensor is present on the back of the phone. Sensors include accelerometer, ambient light, gyroscope, magnetometer and proximity sensor.

Samsung has given this handset a 6,000 mAh battery with 18 W fast charging support.