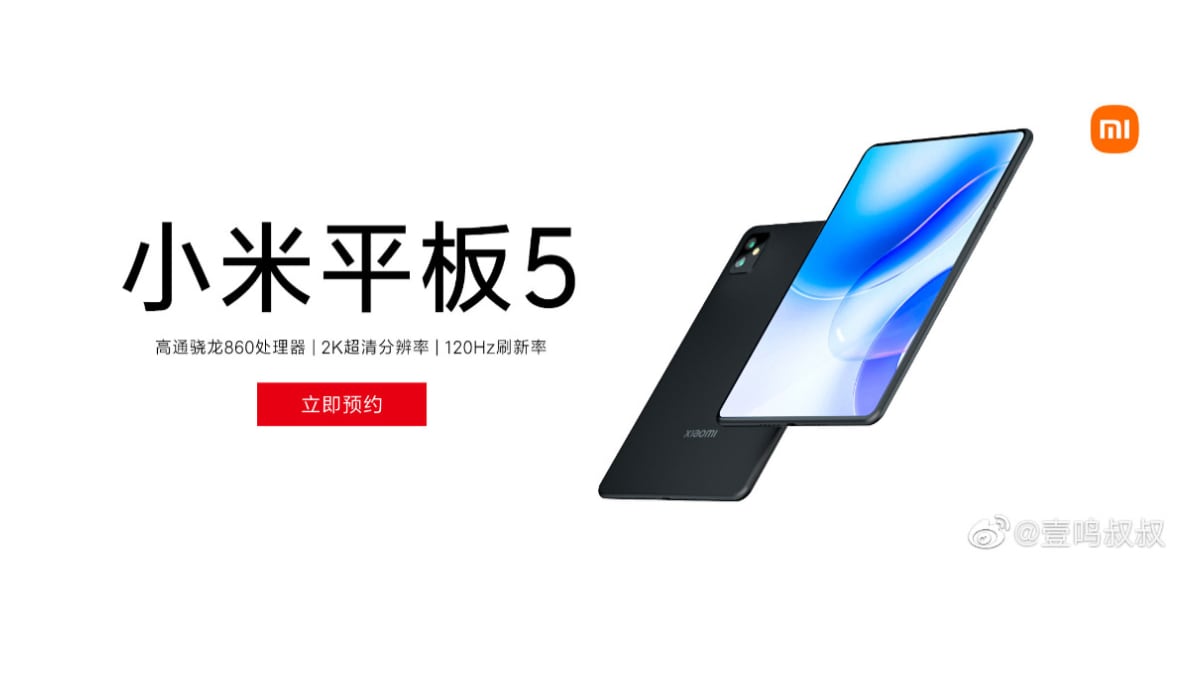 Xiaomi is going to launch new tablets under the Mi Pad 5 series, which came out a few months back. At the same time, a poster of the MI Pad 5 tablet now included in the series has been shared on a Chinese micro-blogging website, revealing some of the special features of the tablet and the design of the tablet. Let me tell you, the Mi Pad 5 tablet has been in the headlines for the last few months. The leak indicates that the tablet will be equipped with high-end features. Recently, a tipster from China revealed that Xiaomi’s upcoming tablet will come with an LCD panel with a 120Hz refresh rate.

According to earlier reports, the MeapPad 5 could be powered by a 12-megapixel primary camera with Snapdragon 860 processor. It will also have 22.5 W fast charging support.

A report also said that the Snapdragon 870 processor variant could knock out the Mi Pad 5. The tab has a 48-megapixel camera and 67W fast charging support.

It is believed that the company may launch Mi Pad 5, Mi Pad 5 Lite, Mi Pad 5 Plus and Mi Pad 5 Pro in this series.