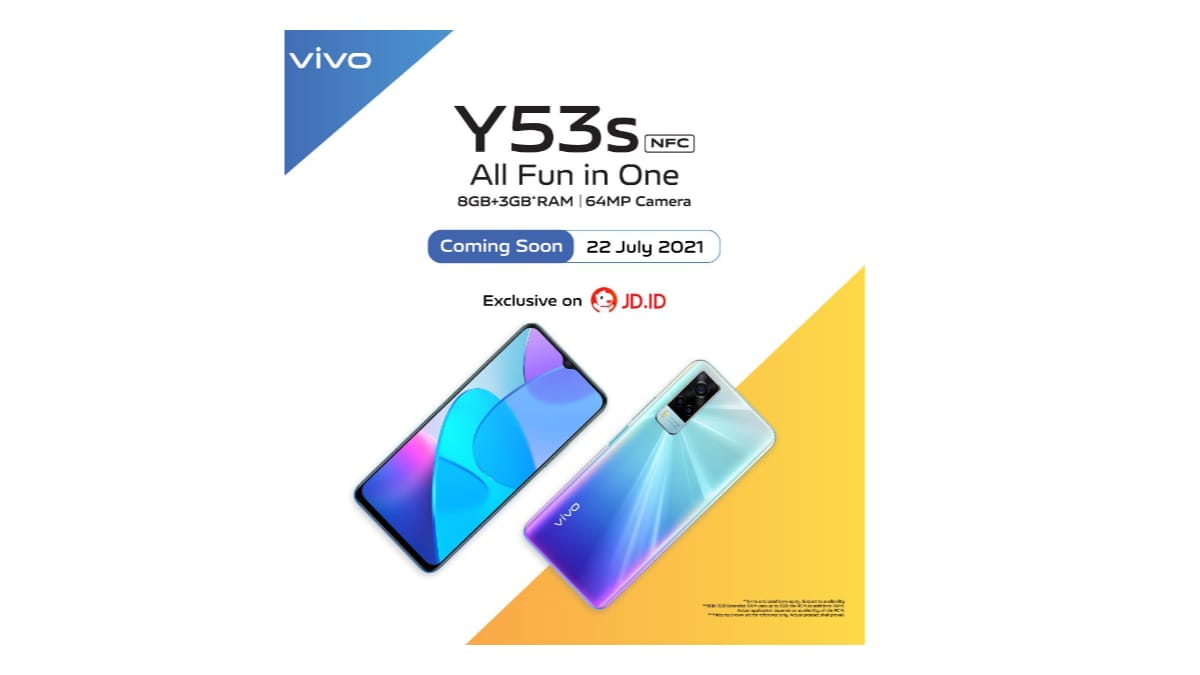 Vivo Indonesia has made it its official Twitter Sharing the poster on the handle, it is said that the Vivo Y53 NFC smartphone will be launched on July 22 in Indonesia. As we have mentioned, the company has also covered some of the key features of the phone through this poster. Also, a glimpse of the phone’s design is available in the poster.

The poster shared by the company states that the upcoming Vivo Y5S NFC smartphone will be equipped with 8GB and 3GB extended RAM. Apart from this, a 64 megapixel primary camera is also going to be available in the phone. These phones will be made available exclusively for purchase on JD.com. In terms of design, the triple rear camera setup can be seen on the back panel of the phone. In addition, the phone has a side-mounted fingerprint sensor. At the same time, gradients in blue and black are going to be available in the phone.

Let us tell you, from the features and design of the phone, this phone looks like the Vivo Y53S 4G launched in Vietnam. However, as the name suggests, the new phone will have additional NFC support.