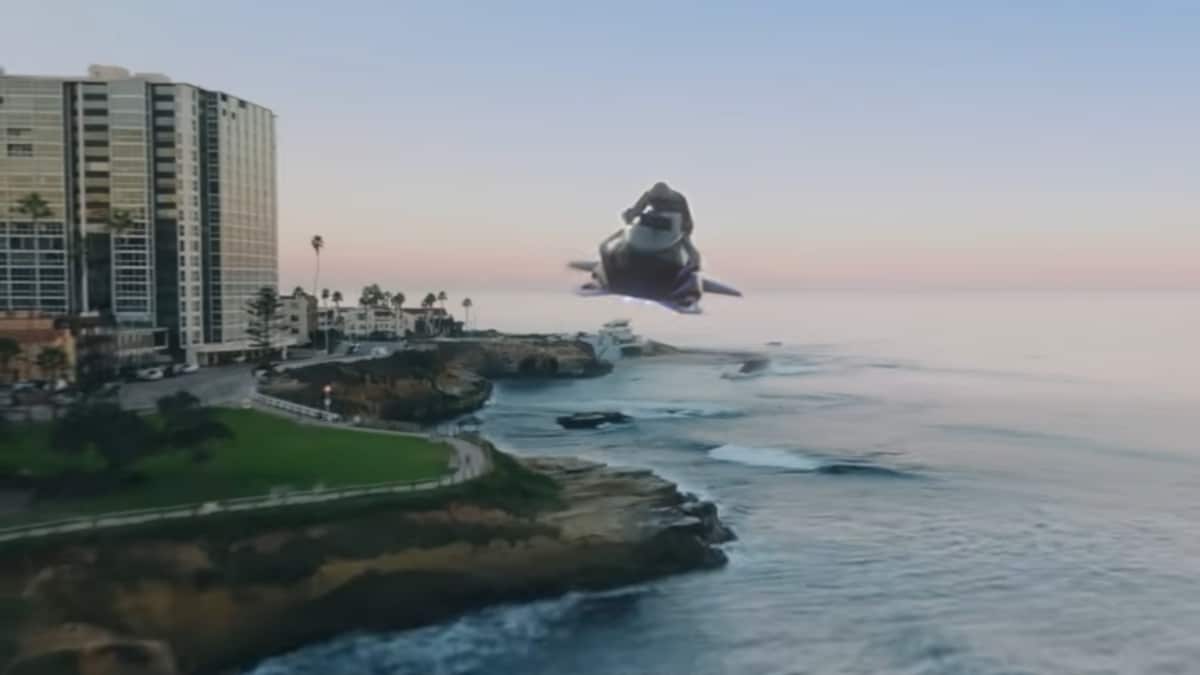 You can guess what the level of technology is today, from the fact that automakers no longer want to see cars or motorcycles moving on the ground. You may also see a motorcycle flying in the air in the near future. Yes, you read that right, Jetpack Aviation, a company that works on flying vehicles, is planning to do something like this. The company has developed the world’s first flying motorcycle called the Speeder, which can carry humans from one place to another in the air. Although the company plans to develop the vehicle for the military and governments in the future, the company says 20 units of the flying motorcycle will also be made available to the general public. Its value has also been revealed.

Jetpack Aviation is known for its jetpacks, but the company has also developed a flying motorcycle called the Speeder, which can be flown in the air. Its design will remind you of the vehicles of video games or many future movies. It is not only modern in appearance, but also has strong features. Jetpack aviation To say Initially, 20 of its units will be built for the general public, and later production will be for the military and governments only.

The Spider was introduced as a prototype in 2019. It is valued at 80 380,000 (approximately Rs 2.83 crore) Inquiry Page But the company has clearly stated that its price may change by the time of delivery. At this time, the company has not shared any information regarding its production and delivery time. Customers wishing to purchase it can fill out an encrypted form for pre-booking or other related information.

The Speeder is powered by a 4 turbo engine and will run on either diesel or kerosene. The four engines in it together are capable of producing a maximum of 705lbf. It can run continuously for 20 minutes and reach speeds of up to 240 kilometers per hour. The company claims that it is capable of reaching an altitude of 15,000 feet. It also has a 12-inch touchscreen display. The company has announced this flying motorcycle on its official YouTube page. Video Also shared, which will show you how in the future people will be able to fly motorcycles in the air as well as on the ground. You can also watch this video below.